Struggling with inefficient tax collections, the Czech Ministry of Finance introduced two new instruments to combat tax evasion – an electronic revenue register (ERT) and control notifications. These instruments should serve as of next year as measures helping to partially fill in a dark hole in a leaking pool of public finance.

Inspired by a similar instrument from Croatia, the ERT will be based on real-time communication between businesses and tax authorities notifying to the Tax Office each transaction involving sale of goods or services via a special registration device. Each transaction will be assigned a unique code appearing also on a customer’s receipt.

With its envisaged launch in June 2016, the ERT should ultimately involve all providers of services in the hospitality industry as well as in retail and wholesale sectors. The law further enables the government to include additional businesses without consulting the Parliament.

The date of launch is however rather questionable as the ERT already provoked severe criticism from associations of small and medium-sized entrepreneurs. The opposition parties also made it clear they would resort to filibuster tactic if need be to prevent the bill from being passed.

Another novelty reflecting the Ministry’s new hard line aimed mainly on VAT carousel frauds should be so-called “control notifications” which will apply to all VAT-payers from January 2016.

All VAT-payers will be required to electronically submit to the Tax Office data concerning their invoices, either on a monthly or quarterly basis (depending on the period for filing their tax returns). An administrative penalty for non-compliance with the law may amount up to CZK 50,000.

Both measures are considered highly controversial, virtually giving the Finance Ministry a complete insight into economic activity of the businesses, including pricing policies and margins. A nickname for the new regulation „The Big Brother laws” seems in this context surprisingly precise.

The above measures follow recent introduction of a measure of the Ministry for combating nominal seats of businesses which do not correspond to the real centre of their business activities.

Based on this principle, tax authorities will examine whether official seats of companies correspond to their real centre of main economic activity. The goal of the measure is to make sure that entrepreneurs from outside of Prague will not register their seat in Prague to reduce a risk of tax audits. It indeed became rather common practice that regional businesses opted for their seat in Prague where the risk of being audited is far lower due to extreme work overload of Prague’s tax authorities.

If the Tax Office decides that the registered seat of the entrepreneur does not match its real centre of economic activity, it may delegate its tax governance to the respective tax authority.

An appeal against the decision of the Tax Office is permitted; however, as of 2016 it will no longer have a deferring effect. 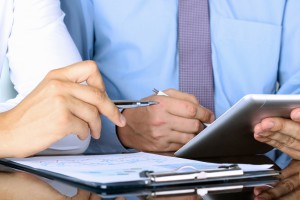