Following Ringier Axel Spriger´s 2013 exit, Verlagsgruppe Passau – the last German media group present on the Czech media market – is about to retire from the market in favour of Czech-Slovak financial group Penta, which purchased a 100% share in Verlagsgruppe´s Czech daughter company, Vltava-Labe-Press.

The acquisition of the second largest publishing house by Penta completes the trend of prominent local financial groups acquiring Czech media. Starting with purchase of Economia publishing house by the billionaire Zdeněk Bakala in 2008, four publishing houses – Economia, publisher of Hospodářské noviny, being a major economic daily; Mafra, publisher of important broadsheets MF DNES and Lidove noviny; and Czech News Center, publisher of Blesk, the number one Czech tabloid) are currently owned by or directly linked to four top-tier financial groups (Bakala/BM Management, Agrofert, J&T and Penta). Some of them, most notably Penta, openly declared their intent to use these acquisitions to articulate and pursue their interests or to shield themselves from the attacks coming from the media of their business rivals, rather than for simply generating profit.

The acquisition of Vltava-Labe-Press was already approved by the Czech Antitrust Authority in early September, subject to appeal. 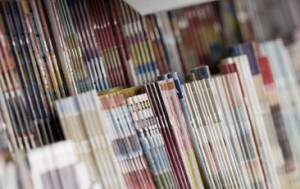