Hurry Up! Last Call For Opt-In

As of January 1, 2014 the Act on Business Corporations as a part of the recodification of the Czech private law came into effect. It introduced the possibility of a so called general opt-in. This means that business corporations established before January 1, 2014 can opt into the Act on Business Corporations as a whole. However, this can be done only until December 31, 2015. Part of professional public is of the opinion that this time period shall not be understood as a lapse period. However, we highly recommend to respect December 31, 2015 as a deadline.

Legal certainty is one of the main reasons why to decide for a general opt-in. Corporations which do not take this step will continue to be affected by both legal acts, i.e., the “old” Commercial Code and the new Act on Business Corporations. This could cause practical interpretation difficulties. In case of some legal questions it may not be entirely clear which of these two legal acts shall be applicable. This might lead to additional costs because of the necessary legal analysis. Also, this interpretation uncertainty might be problematical for example during future due diligence processes.

The general opt-in itself consists of two steps. First, the corporation shall adjust its Articles of Association and afterwards the information on opt-in shall be registered in the Commercial Register. Corporations that are still considering the general opt-in should bear in mind that increased workload of notaries in the following months may be expected due to the forthcoming expiration of the opt-in period. With respect to this expectation and the time necessary for preparation and completion of all documents connected therewith, e.g., power of attorney in the required form, extracts from the Commercial Registers of foreign shareholders etc., immediate action is recommended.

by Mgr. Bc. Jaroslava Novotná 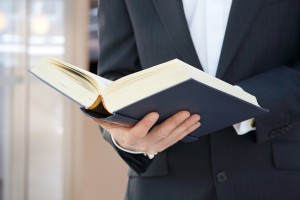