For the first time, the price of electricity on the energy exchange exceeded the record of 1,000 euros per megawatt-hour. Consequently, the Czech government decided to regulate the price of energy by introducing energy price capping.

The difference between the capped price and the actual market price will be compensated to the suppliers by the Czech state. Consumers are thus protected from possible fluctuations on the  energy exchange.  The capped price of electricity is estimated to be at six crowns and the price of gas at three crowns per kWh including tax. Capping will apply to households, as well as institutions such as schools and hospitals. The price for businesses is still to be resolved.

In Spain, energy price capping led to an estimated 18% reduction in electricity prices. The same effect is expected to be reached in the Czech Republic.

On the other hand, price capping does not motivate consumers to save resources. Some are concerned about energy shortages on the market due to capping. Critics think that price capping insufficiently supports those most in need.

The cost of price capping to the state budget is expected to be covered by a planned windfall profits tax. Companies generating electricity from cheaper sources than gas would pay a special tax on their profits resulting from energy sources with production costs  lower than gas-powered plants.

A law on the energy-saving tariff (zákon o úsporném tarifu) has already been passed. It represents a subsidy paid automatically to energy suppliers by the state. The suppliers consider the subsidy in their billing and reduce the gas and electricity bills for the consumers by this amount. The subsidy will not apply to weekend properties and the charging of electric cars. Further developments are likely to be influenced by the situation on the markets. 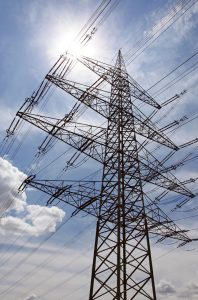