One of the most discussed topics in the Czech political and public scene is the process of so called church restitutions. This means restitution of property which was owned by the churches prior to the communist regime.

The church restitutions were planned from the beginning of the 90ties. However, politicians were not able to agree on the respective legislation. As a temporary measure certain statutory provisions prohibiting transfers of the historical property of the churches from the state to third entities were introduced. Unfortunately, these provisions were not always respected and the historical property of the churches was often transferred while church entities could hardly prevent it. This together with more than 20 years of waiting for respective legislation has brought serious complications and strong feelings into the lengthy restitution processes.

The newly introduced Act on Church Restitutions is aiming not only to remedy some of the injustice committed during the era of communism. Maybe even more importantly it views toaccomplish separation between the state and the churches. Thus, it has to eliminate the relics of the communist church control system. The church restitution process should enable the churches to establish their assets in order to finance their own operations and activities. Therefore, the churches receive not only real estate, but financial means as well.

The church restitutions bring not only dozens of disputes and lawsuits, but hopefully many new impulses to traditional activities of the churches and religious societies such as charity, education, health care and projects based on social issues. This way, the church restitutions could bring a new base for the cooperation with the local communities. 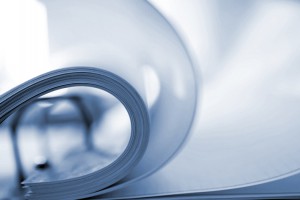