If you are from Germany and would like to make a Berliner Testament in the Czech Republic, you will find yourself disappointed. Unfortunately, the Czech legal system does not know such instrument. However, there is one possibility how to achieve the aim of transferring the inheritance in whole first to your spouse and after his/her death to a third person, e.g. your children. It rests in the old new institute of Czech inheritance law, the fideicommissary substitution. This institute is also favorable for unmarried couples.

The institute is suitable not only to preserve certain property in the family between spouses or unmarried couples and their children. It also regulates the financial circumstances of minors or persons, who don’t have the full legal capacity to decide about their property, e.g. because of a mental health disorder.

Given that fideicommissary substitution is a relatively new institute, case law has not developed yet. And there are at least two questions to be determined by the judiciary. Firstly, children are according to the Civil Code forced heirs. They are entitled to inherit at least three-quarters of their statutory inheritance share as minors and at least one quarter as adults. The question is, when? If children are according to the will to inherit as fideicommissary heirs, they might wait for the inheritance for a long time. Therefore, it is not entirely clear whether they are entitled to the statutory share already at the time of transfer of the inheritance to the fiduciary heir or only after the conditions of the substitution are fulfilled.

Secondly, the right of free disposal of the fiduciary heir might cause damage to forced heirs as they, theoretically, might be left with nothing from the inheritance. And if the fiduciary heir inherits in parallel with the substitution by which he gains the right of free disposal, there is a legitimate concern a court would contest the fact that his inheritance claim is fully satisfied and in addition to that he controls a large amount of the inheritance without restrictions or limitations. Therefore, his right of free disposal of the inheritance together with the fideicommissary substitution could be challenged. At his moment, we have to await the answers to these questions by the higher courts. However, should court decisions lead to a change in the already adopted inheritance concept, the testator has the right to revoke the testament and make a new one at any time. 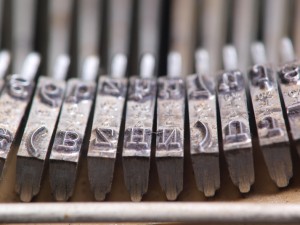