Giese & Partner has long-standing experience with representation of clients who lost their property in the course of the communist regime. In the last years, Giese & Partner has focused especially on restitutions of the historical property of churches. The churches faced systematic oppression and loss of their property during the communist regime. Many representatives of the churches as well as ordinary believers were victimized just for their beliefs. After the Velvet Revolution in 1989, which brought the 40year-lasting communist dictatorship to an end, the newly established democratic state obliged itself to compensate the material losses of the churches. However, it took until 2012 to enact special legislation enabling the restitution of the historical property of the churches.

One of the Orders which suffered under the communist regime is the Sovereign Military Order of Malta – Czech Grand Priory. This Order traditionally focuses on charity, operation of hospitals, supports handicapped and elderly people as well as people in need. Giese & Partner represents the Sovereign Military Order of Malta – Czech Grand Priory in several court proceedings regarding restitution claims. In these proceedings Giese & Partner continuously pursues interests of the Order and demonstrates that it is entitled to the restitution of its historical property. Our litigation team prepared hundreds of submissions and arguments, studied thousands of documents from the archives and analysed relating court decisions. Now, they succeeded and pushed through their arguments in the proceedings before the Czech Constitutional Court. The Constitutional Court declared that the Sovereign Military Order of Malta – Czech Grand Priory is entitled to request return of its historical property on the basis of the restitution legislation and thus upheld our arguments based on several years of diligent work. 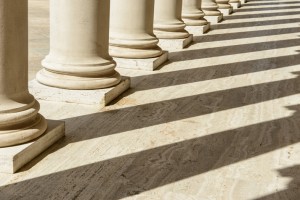