Splitting up the House

In order for co-ownership to continue peacefully, a great deal of mutual respect of the co-owners is crucial. The individual co-owners have to be prepared to put up with the fact that their ideas and plans won´t always be carried through and that they might have to live with a decision they do not agree with. Co-ownership may thus be a really complicated matter, especially with regard to an apartment house. Decisions range from those that occur on a day-to-day basis such as minor repairs through extensive refurbishments of single flats, to major decisions made with the other co-owners. These may regard the future economic development of the shared property, e.g. the transition from an apartment house to an airbnb. It may easily happen that the opinions of the individual co-owners will diverge to such an extent that the further existence of the co-ownership is unimaginable. What are the solutions and means that Czech law provides to solve such situations?

The usual way to split co-ownership of an apartment house is a swap. A rather logical drawback of a swap is the fact that it is necessary to have something to swap the apartment house share for such as land or other real property. Another possibility is to simply purchase the realty share. Please note that the right of first refusal that applied to co-owners, has recently been abrogated.

The Civil Code also provides a direct legal regulation for the co-ownership split in terms of the assignment of property to one or more co-owners, for an adequate compensation. However, the best option stated by the law, is to split the co-ownership of the shared property. In the case of an apartment house, it means splitting the apartment house into individual units. This practice has been supported by both the Constitutional and the Supreme Court.

How does it work in real life? The court, based on an expert´s statement or the mutual agreement of the co-owners, assigns the newly formed units proportionally to co-owners so that they correspond to the co-owners´ apartment house shares, and makes decisions regarding a possible compensation. A counterargument to this might be the obvious fact that the former co-owners, who decided to split the shared property due to disagreements, have to continue together at least to take care of the common areas of the apartment house. The opinion of the Supreme Court regarding this matter is that neither the mere existence of disagreements nor the hypothetical possibility of complications related to the management and maintenance of the house prevent the apartment house from being split into units. Hence the reasons will always depend on the circumstances of a given case. In conclusion, a split of an apartment house into units is probably the smoothest way to end co-ownership. The former co-owners keep their assets as well as an eventual annuity and do not need to raise money to compensate the other co-owners. 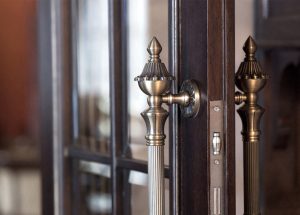