Security and Corroboration of the Lessor’s Position

The lease of an apartment or a building is a timeless topic in the Czech legal system. One of the most resounding issues is the allocation of rights and obligations between the lessor and the lessee, which is governed by the principle of protection of the weaker party. As a result, the chances of the lessor to pursue its claims out of court are limited. One example is the situation in which the lessee doesn’t pay his rent, notice of termination by the lessor is given, but the lessee doesn’t vacate the apartment, which leads to damage to the lessor. What are the “out of court” options for the lessor in this and similar situations?

One of the common institutes used to improve the lessor’s position is of course a deposit. The deposit may amount up to a maximum of three times the monthly rent. The lessor also has the option to negotiate a contractual penalty with the lessee in the lease agreement. However, the amount of the penalty, together with the security, may not exceed the aforementioned three times the monthly rent.

Another complicated issue for the lessor is ensuring adequate rent levels, especially for long-term leases. The solution is, perhaps surprisingly, not to be found in the Civil Code, but it is a practice developed via facti, namely the inflation clause. It allows the landlord to secure a rent level that is resilient to unpredictable inflationary increases. Today this has again become an important issue. However, it should be pointed out that the lessor ceases the ability to unilaterally increase the rent or to bring an action before a court to determine the amount of the rent. Nevertheless, the most pressing problem of the lessor remains the situation where the tenant owes rent and refuses to vacate the apartment. In order to avoid such a situation, lessors may be advised to conclude an enforceability clause before a notary public when concluding a lease agreement with the lessee. Such a clause supersedes an enforceable court order by which the lessee consents to the lessor enforcing satisfaction of his right to payment of the due rent. If the enforceability clause is not concluded, the landlord risks high costs associated with enforcing its rights in court. The enforceability clause for the eviction of an apartment recently was subject of a Supreme Court order. According to the court, which it is not a title of execution. This resolution was received very lukewarmly by the professional community and we can only wait to see if it will be overcome in the future. 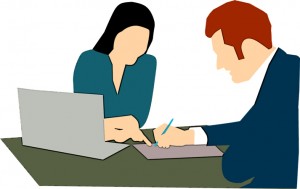