The invasion of Ukraine by Russian troops sparked countless responses in order to help Ukraine and limit funding of the Russian economy and hustle war. Oil represents one of the greatest incomes of Russia’s state budget. The discussions on the oil embargo have been challenging, as the member states of the European Union could not reach an agreement on restriction of the Russian oil supply. Of course, the main goal of the EU is to help Ukraine and stop the war, but naturally, numerous sanctions against the Russian Federation also negatively constrain national economies of individual states to a different extent. This concerns especially Slovakia and Czechia. The EU noted that it imported €48 billion worth of oil and €23 billion worth of refined petroleum products from Russia in 2021. Although the EU adopted a 6th sanction package collectively, individual member states have had the possibility to negotiate certain exceptions.

An embargo is imposed on Russian oil as well as oil products such as gasoline, aviation gasoline or heating oils. The ban concerns not only oil imports from Russia but also its further export from member states to other member states or third countries. The EU has completely banned Russian oil imports as of 2023. However, Slovakia, Czechia and Hungary were given time-limited exemptions due to their supply connection to the “Družba” oil pipeline and their major dependence on Russian oil. These countries have time to prepare for an oil shutdown and ensure that the shutdown does not cause a severe economic crisis. The Slovak exception for Russian oil imports is a transitional period of 8 months. This includes import via pipeline as well as oil tankers. In the course of this period Slovakia will be able to further export oil and oil products anywhere. There is another exemption, which concerns also Czechia. After an 8 months’ transitional period terminates, Slovakia was granted an extra 10 months’ period during which it will be able to export oil and oil products solely to Czechia.

The result of negotiations is considered to be a disappointment, as the Slovak representatives were trying to negotiate a three years’ transitional period. The only “little gain” negotiated, is that during the 8 months’ exemption period Slovakia will be able to import oil without any limitations on the amount.

Privately owned Slovak refinery Slovnaft has commented that the new embargo and ban on export of products from Russian oil will cause the refinery technological problems. It will not be able to produce if it does not process a certain minimum amount of oil, because it is uneconomical and brings a higher security risk.

The new sanctions, along with the previous five packages, are unprecedented and designed to further escalate economic pressure on Russia and weaken its ability to pursue war in Ukraine. Even though the embargo brings economic, technical and security difficulties, Slovakia realizes that there is a war behind its borders and Russia, as the aggressor, must be punished. On the other hand, sanctions must be adopted in such a way that the EU countries do not ruin themselves economically and will be able to lend a hand to Ukraine also through other forms of aid. 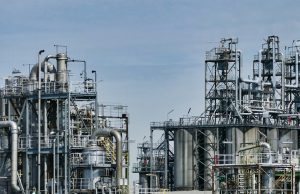