The new Czech law on the registration of beneficial owners had to be substantially amended just about a year after its adoption. This was due to pressure from the European Commission, which criticized some parts of the Czech legislation for being inconsistent with the regulation and objectives of the European Anti-Money-Laundry (AML) Directive.

Controlling influence in a corporation is exercised under the law by a person who, in his/her own discretion can directly or indirectly bring about a decision by the supreme body of the corporation that conforms to his will.

The terminology will be automatically updated in accordance with the new legislation for the data already entered in the register of beneficial owners. However, it will not be technically possible to make new entries in the register during the automatic update. Entities that have not yet been obliged to register the beneficial owner, or have duly fulfilled the registration duty and only need to update certain data in accordance with the new legislation (e.g. to register additional persons who are also considered beneficial owners under the new law), are exempt from the relevant court registration fee until 30 April 2023. 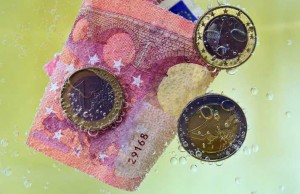