A marriage establishes new rights and duties between the spouses. It doesn’t change everything, but for example a new property regime is established once the marriage is formed. Any income or property acquired during the marriage unless explicitly excluded by a contractual arrangement, belongs to both partners equally. This applies regardless of who earns or spends the income. Czech law sees marriage as a partnership where each partner contributes their part, not necessarily in financial form, but also as caring for family matters.

The aim of this legislation is evident – lawmaker ensures that both partners enjoy the same standard of living. The same applies when it comes to the termination of the marriage and a fair separation of the joint ownership of the spouses must be achieved. The shares of both spouses on assets and liabilities shall be the same. In other words, each partner receives half of the former joint ownership.

Nonetheless, according to Czech courts, this rule is not mandatory and can be adjusted in particular circumstances. This leads us to a different kind of equality, equality focused on the fairness of results.

The Supreme Court of the Czech Republic stated that a settlement of joint ownership of spouses must be executed fairly and all decisive factors of the particular case must be taken into consideration.

The most frequent reason for settling the joint ownership in a disproportionate way (disparity) is a situation when one spouse chooses to stay unemployed on purpose and does not contribute to the joint ownership with any financial assets. On the other hand, this does not apply when one partner is unemployed, but takes care of the household and other members of the family while the other works and supports the family financially.

Furthermore, the behaviour of a spouse might have a significant influence on the court’s decision how the joint ownership is divided. Habits and addictions such as alcoholism, violence, gambling or acting prodigal, lower the likelihood of receiving an equal share, but only on the condition this kind of behaviour had an impact on disposing of the joint assets as well as on satisfying family needs. Neglecting to provide for family matters and leaving the family household without reasonable grounds is as well considered as a ground to settle a share of joint ownership of spouses differently than 50-50. In contrast, the reasons for the failure of a marriage, for instance adultery of only one partner, plays no role. This differs from previous legislation when the spouse responsible for failure of a marriage could have his share deprived or lowered by the court’s decision. It should be noted that the court may decide on the disparity not only on the basis of the party’s application, but also on its own initiative. Disparity is an instrument which makes it possible to consider all specific circumstances of a case Czech courts have outlined the basic principles for its application. 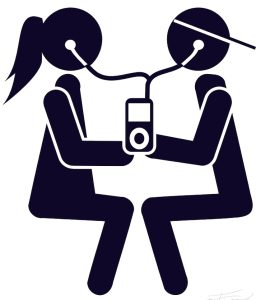