An amendment to the Act on payment systems aims at clients’ protection against unfavourable exchange rates through a significant increase in regulation of Dynamic Currency Conversion – DCC.

While the DCC makes it easier to understand the price you are paying (and saves you from doing the calculation yourself) it very often comes with substantially less favourable exchange rates compared to the rates which would be used by the issuer of the credit card. This together with further fees make the transaction much more expensive.  The legislation now tries to ensure greater protection for payers when using DCC. This should be achieved by imposing an obligation to inform about the consideration as well as the exchange rate to be used within the DCC. Otherwise neither the consideration nor the difference between the amount paid and the amount the payer would have paid using the reference exchange rate of the European Central Bank may be claimed.

The tightening of the rules for DCC services will definitely be positively perceived by the users of credit cards abroad, as they should be protected from poor exchange rates when making their payment transactions. 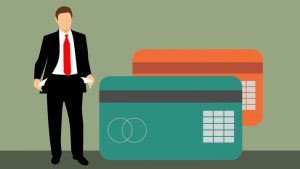