Will the change in the governor of the Czech National Bank (CNB) have an impact on its current policy? This is a question the markets have asked themselves since the surprising appointment of a new head of the CNB by president Miloš Zeman.

The appointment of the governor of the banking board of the Czech National Bank is the sole right of the president. Such unlimited power is by itself questionable. However, never in the past has the appointment of a governor caused such an uproar as in the case of the current controversial board member, Mr. Aleš Michl who is to become the new head of CNB on 1 July 2022, in spite of the advice of the outgoing governor.

Many experts have criticized the president’s choice for an insufficient professional qualification of the new governor, his controversial public appearance as well as his close relationship to former Prime Minister and oligarch Andrej Babiš.

The biggest market reaction, however, was stirred by the concern that the new governor would change the CNB’s interest rate policy. In the past 9 months, the CNB has repeatedly substantially raised its benchmark interest rate up to the current 5.75 % p.a. in order to curb the highest inflation in the past 25 years (currently reaching 14 % year-to-year).

The new governor made it clear during his tenure as a member of the CNB board that the high-interest rates have a material adverse effect on the Czech economy and are inefficient to combat “imported“ inflation which is mainly caused by external factors such as a hike in prices of oil, gas and raw materials. In his view, high-interest rates are useless for cooling down inflation.

The market, fueled by a fear of policy change, in particular, a drop in CNB interest rate, pushed the CZK down by several percent within hours from the official announcement of the name of the new head of CNB. For the first time in its history, the CNB had to intervene in the market to uphold the CZK as a result of the appointment of the governor. It is estimated that the intervention cost the bank approx. EUR 2 billion before the CZK recovered and stabilized around CZK 24.70 / EUR.  With a pinch of salt, one may think that the new governor will be the most expensive manager in entire Czech history. Hopefully he will turn out to be worth it. 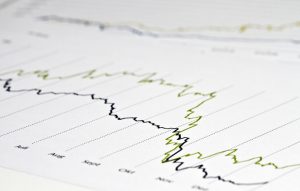