Czech companies face substantial legal changes in the beginning of the year 2021. Here are the most important ones.

Death of the Statutory Manager

A joint stock company with a board of directors and a supervisory body requires establishment of two bodies in addition to the general meeting. However, Czech law provided an alternative, where a joint stock company could also opt for a so called monistic system with an administrative board (správní rada) and a statutory manager (statutární ředitel). As of the beginning of this year, the only obligatory body besides the general meeting in such monistic system is the administrative board. This change represents a shift towards a more traditional form of monistic system.

Problematic “Part of the Enterprise”

Performance of certain legal acts by managing directors of a limited liability company is conditioned by an approval of the shareholders meeting. This applied to transfer or pledge of an enterprise or such a part of the enterprise that would imply a significant change of the existing structure of the enterprise or the objects or activity of the company. As we have already informed you in our autumn newsletter 2019, the interpretation of the term “part of the enterprise” was disputed. Meanwhile, the Supreme Court of the Czech Republic supported the formal-material, i.e. less extensive interpretation.

Now, an approval of the general meeting or respectively the sole shareholder of the company, is needed in case of transfer or pledge of an enterprise or such a part of the assets that would imply a significant change of the real objects or activity of the company.

Agreement on Performance of the Function

Resignation from the function

Previously, the office of a managing director or the member of a board terminated 1 month after the delivery of a resignation, unless agreed differently. The legislator decided that this period is too short and does not provide sufficient protection to companies.

Legal Entity as Member of the Board

The rules for distribution of profit, other resources and advance payments to shareholders have been clarified/modified. The current practice of the Supreme Court of the Czech Republic is reflected and the approved financial statements might be used as basis for the distribution of profit until the end of the accounting period following the accounting period for which the financial statements were prepared. That means that the approved financial statements might be used during the whole accounting period (instead of only 6 months as previously sometimes interpreted). Therefore, there is no need to distribute the profit generated in the previous accounting period during the second half of the following one in the form of advance payments. On the other hand, an equity test shall now also be applicable to limited liability companies and cooperatives. The legislators also clarified that the rules for the distribution of profit also apply to the disbursement of other resources in the company, unless excluded by law or the Articles of Association.

Insolvency – Members of the Statutory Body

Also the regulations relating to the liability of members of the statutory body of a company have been adjusted. For example, the French concept of a claim to make up the shortfall in assets has been introduced.

Finally, more pressure will be put on inactive companies. Should a business corporation not present ordinary/extraordinary financial statements for publication in the Collection of Deeds for at least 2 consecutive accounting periods, the Registry Court shall request presentation of all missing financial statements. If this is not fulfilled by the corporation within one month, a penalty of up to CZK 100,000 might be imposed. In case it is not possible to deliver this request to the respective corporation, the Registry Court shall commence dissolutionproceedings against the corporation. 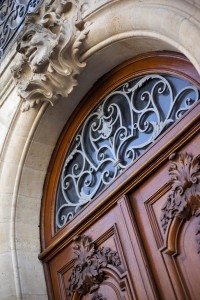