In early October, the Czech National Bank (CNB) took an action the market had not seen for more than two decades: the CNB raised its reference rate by 75 basis points taking the two-week repo rate to 1.50 %. The unexpected move was driven by higher-than-expected inflation data. The annual inflation rate based on index of consumer prices reached 4.1 % in August, being the highest since 2008.

Inflation estimates as of the year’s end vary between 4.5 and 7 %. However, the real inflation which includes also non-replicable assets such as real estate is well above 10 %.

The main force behind such a high inflation level is largely inflationary pressure from abroad, especially a significant hike in price of commodities and disruption of supply chains. External inflation causes are further fuelled by domestic tendencies such as increased consumer demand following after a harsh period of anti-pandemic measures and an unprecedented fiscal deficit triggered by the populist government. All these factors have multiplied in the building sector, which has experienced a sudden escalation of overall construction costs, which in turn took the already bloated property prices to all time high.

The CNB also aims on limiting a rapid increase in dwelling prices which have seen an average increase by almost 80 % for the past 5 years.

The CNB board made it clear that the gradual increase of its reference rate will most likely continue and that the market should brace for a rate up to 2.5 % by mid-2022. Some experts suggest that the CNB responded too slowly to the warning indicators and that it should have taken strong action already in the spring. Others indicate that effectively stepping on the inflation brake would mean for the CNB to set its interest rate to more than 3.5 %. However, this could present a substantial blow to the post-pandemic restart of economy which is still affected by disruption of supply chains and (perhaps surprisingly) by a lack of workforce in certain economic sectors. In any case, banks have already responded to CNB’s actions and increased their lending interest rates, citing also rising interbank lending rates on the market. In terms of the largest Czech banks, reference to interbank lending rates can be considered merely an excuse as their balance sheets clearly show excess of liquidity reflecting high account balances of their clients. Anyway, given the current level of inflation, even relatively high mortgage rates will mean at the end of the day that borrowers effectively pay a negative interest rate for theirs loans. 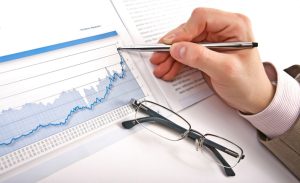