The Czech branch of Sberbank has been in liquidation since early May 2022. Its banking license was revoked by the Czech National Bank in April after the bank collapsed in the aftermath of the Russian invasion of Ukraine.

Sberbank’s liquidator filed an insolvency petition against it on 29 July 2022.

According to the information provided in the insolvency petition, the bank’s total liabilities exceeded the value of its assets by more than CZK 150 million in June alone and this disparity was expected to further escalate.

On 26 August the court declared Sberbank bankrupt and decided on its bankruptcy by liquidation. Ms. Jiřina Lužová has been appointed as its insolvency administrator.

In a nutshell, Czech Sberbank had over 43 thousand clients, CZK 27 billion in mortgage loans and tens of billions of CZK in loans for approx. 3,800 companies. The total credit exposure is about 58 billion, largely secured by real estate.

Against this stand tens of thousands of the bank’s creditors, mostly its clients, with aggregate claims of nearly CZK 62 billion, including a number of public creditors such as regions and municipalities.

The largest creditor by far is the Guarantee System of the Financial Market (GSFM), which paid out clients whose deposits were covered by the statutory deposit insurance and has a claim of roughly CZK 25 billion as a result.

The insolvency administrator has been pushing for a quick sale of the bank loan portfolio since the beginning, and GSFM has been supporting her in this, despite of the disagreement of some other principal creditors.

In mid-September, the administrator sent an offer to sell Sberbank’s loan portfolio to 44 banks licensed by the Czech National Bank.

In early October, the insolvency administrator received binding offers to buy the assets of the bankrupt Sberbank. She has not disclosed the identity of the bidders or details of the bids.

All of the rumored bidders (mostly the largest retail banks present on the Czech market) declined to comment.

After a few days of evaluating the bids, the administrator confirmed that Česká spořitelna (part of Erste Group) has been given exclusivity to carry on with the acquisition.

The winning bid should be approved by the creditors‘ committee and the court in early November.

Nevertheless, some large creditors are dissatisfied with the tender process as they face a significant haircut and consider further legal actions against the administrator. Sberbank’s story is thus far from over. 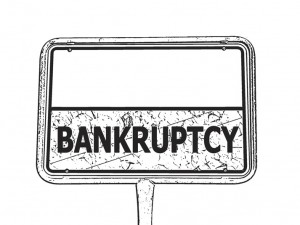