The High Court in Prague found in its recent ruling that the Community of Unit Owners (CUO; in Czech typically abbreviated as “SVJ”) cannot restrict apartment owners who choose to rent out their apartments for short-term rentals, for example through the Airbnb platform. It upheld the apartment owner’s appeal against the decision of the Municipal Court in Prague, which had ruled in favour of the CUO.

In a nutshell, CUO is a legal entity which shall ensure collective property administration and must be established in every building having at least 5 residential or non-residential units owned by at least 3 different owners. As a result, 90 % of the residential apartment buildings are administered by CUOs. Every owner of a unit in the building is a member of the respective CUO and may exercise voting rights at the assembly of owners which could be characterized as general meeting of the CUO.

The case considered by the High Court concerned an amendment to the by-laws of a Prague CUO which reacted to serious nuisance of the residents caused by short-term rentals to tourists of an apartment in the building. At that time, the assembly of owners decided to add a restriction to its by-laws that applied specifically to short-term rentals of up to 3 months. Such rentals would newly require the consent of all owners, whereas the consent would not be granted or could be withdrawn if the rental violated the order especially at night in the building.

One of the apartment owners filed a lawsuit against the decision of the assembly; however, the lawsuit was dismissed by the Municipal Court in Prague. It stated that the applicant was exercising his right of ownership in a way that restricted the equally important rights of the other owners. The court also found that the plaintiff’s provision of short-term rentals also violated building and tax regulations. The Municipal Court held that it was not contrary to the applicable legislation if the other owners, through the assembly as supreme body of the CUO, restricted the petitioner’s property right. 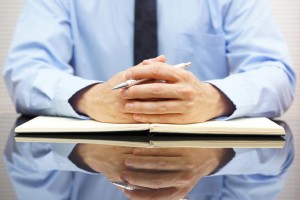