A Costly Mistake by the Tax Office

As a result, tens of or perhaps even hundreds of millions of CZK are to be returned to taxpayers altogether. Tax Offices across the country are currently reviewing all cases of tax assessments since 2015.

The tax administration began to adhere to the new law also in respect to interest calculation related to taxes owed prior to 2015. It should be noted that the interest rate is rather significant, as it is calculated based on a repo rate of the Czech National Bank plus 14 percent, which means that the actual rate varied between 15 and 20 percent in the past 8 years.

The Supreme Administrative Court ruled that this practice of the tax administration is wrong. According to the court, the new 2015 rule cannot be applied to taxes assessed before that. „If the original due date of the tax occurred before 1 January 2015, the rule limiting the length of interest on late payment to a period of five years applies when calculating interest on late payment,“ confirmed the ruling.

The tax administration will have to return to taxpayers illegally claimed interest payments. On top of that, the mandatory interest applies – i.e. the above repo rate plus 14 percent. Since we are speaking of payments related to the period before 2015, the amounts to be returned to the taxpayers in individual cases may be rather hefty. On the other hand, this mistake of the tax administration will ultimately be paid from the pockets of the other taxpayers. 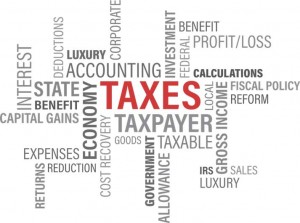