Priorities of the New Czech Government

A new pro-western government comprised of a centre-right coalition of 5 parties was sworn in shortly before Christmas in the Czech Republic.

The process of formation of the government was surprisingly smooth, especially in the light of previous comments by president Miloš Zeman who took no scruple to strongly support the incumbent prime minister and populist oligarch Andrej Babiš.

However, both the president and Mr. Babiš had to finally give in in the aftermath of the decisive victory of the democratic parties and severe health issues of the former.  Mr. Babiš’ new goal is to win the presidential election in early 2023 although he has not yet acknowledged this officially. His advisors nevertheless convinced him to take a less confrontational approach to attract liberal voters.

The new prime minister Petr Fiala, a former university professor and leader of the opposition since 2013, proclaimed the top priorities of the new government: 1) mitigation of inflation, 2) compensation for drastic surge in energy prices, 3) implementation of efficient anti pandemic measures, and 4) adoption of a new state budget providing for substantial savings and a less dramatic deficit.

Inflation is anticipated to reach a 15-year high of around 10 % in early 2022 and to return to the usual figures between 2 – 3 % by mid-2023. Government savings, reduction of budget deficit and a very active monetary policy of the Czech National Bank (CNB) should be the driving factors to achieve this goal.

CNB considers the current inflation level and related indicators as a paramount issue for the Czech economy and has already taken steps to get the inflation under control. Since August, the CNB has increased its basic interest rate by 300bps to 3.75 % and announced a potential hike of up to 4.50 % in the short term. The CZK/EUR exchange rate immediately reacted to the substantial spread between the interest rate in Eurozone and Czechia: the Crown (CZK) appreciated to 24.70 CZK/EUR; whereas its further appreciation up to 24.00 CZK/EUR is expected in 2022. 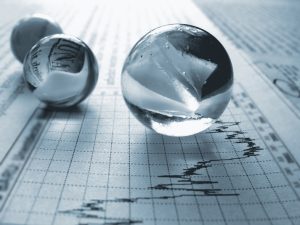