Achieving economic growth of 4.6% and the second lowest unemployment rate in the EU of 5.1%, the Czech Republic has turned into Europe´s fastest growing economy in the second quarter of 2015. The growth was certainly boosted by last-moment efforts to draw finance from EU structural funds for the period 2007-2013 and hence the booming construction sector profiting from the public procurements.

Nonetheless the industrial sector grew across-the-board. Such good news is followed by increased household spending and surge in consumption although the overall wage level seems not to react to the booming economy so far.

Union representatives backed by the social-democratic government and Czech National Bank made it clear they will seek a salary hike in 2016 corresponding at least to the rate of the current economic growth. The business sector took a rather reserved approach to the request by emphasizing its preference of investments into technology and production capacity over increase of the salaries.

As a matter of fact, the Czech Finance Ministry appears not to fully reflect the positive economic indicators. Having proposed a deficit of CZK 70bn for the 2016 state budget, the Minister of Finance currently faces heavy criticism from both the opposition and well-known financial analysts.

The experts are of the opinion that only a much lower or even no deficit is acceptable under current circumstances, taking into account the positive economic outlook and the related substantial hike in tax revenues. 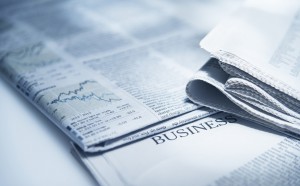