We Now Think That You Are a Criminal

A recent amendment to the Criminal Code (CC) introduced an absolute novelty in the Czech legal system – the all new criminal act of Obstruction of Justice.

Imagine that in civil proceedings, a contract is submitted as evidence, which the plaintiff or defendant “produced”. He wrote it and antedated it for the sole purpose of proving his claim or for its defense. Is there a real threat of criminal prosecution now?

The basic body of this crime (základní skutková podstata), newly regulated in Section 347a (1)  CC, states that the offender in case of submitting forged or falsified factual or documentary evidence before a court, international judicial authority or in criminal proceedings, could be punished by up to two years in prison.

Under this new legislation, if the civil court suspects the evidence to be falsified, it may no longer take its own decision. It will have to interrupt the proceedings, communicate its suspicion to the competent authority and wait for the final decision on the criminal act of obstruction of justice.

In practice this may not only slow down civil and criminal proceedings for a long time, but it may also bring a paradoxical legal situation to criminal proceedings. According to the new legal regulation the offender will be able to present misrepresentations about his crimes in accordance with the principle that no one may be forced to confess. However, if the offender supports his claims with false evidence, this is criminal. Thus, the principle of prohibition coercion to confession seems to get unwished rift. 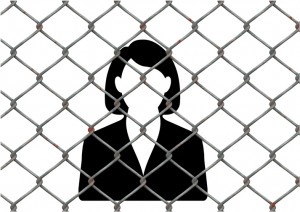