2015 has been rich in legislation changes affecting entrepreneurs already active in Slovakia or planning to start their business here. Some of the changes have already entered into force. We will take a closer look at three of them, all in the area of corporate law.

The process of resignation of a statutory body/supervisory board member, has been made more formalistic. It has not only to be made in writing but the new rule is that the signature will also need to be notarised. The only exemption applies when the resignation is made at the general meeting of shareholders. In such cases, however, the signature of the chairman of the general meeting needs to be notarised.

Limitations within a single member company

In the legal regulation of a single member company the following legal limitations have been introduced:

The aim is to prevent cancellation of the company and maintain the company as a going concern. Moreover, this means that in case of insolvency the pertinent ownership interest will become part of a bankruptcy estate.

Speedy establishment of a company in Slovakia?

Effective from January 2016, a separate bank account for contributions to the registered capital of a company no longer needs to be opened. A respective extract proving payment of the contribution prior to the establishment of a company is no longer mandatory for registration of the company into the Commercial Register. Instead, it is sufficient to submit a written declaration of the administrator confirming the payment of contributions or a mandatory part thereof. 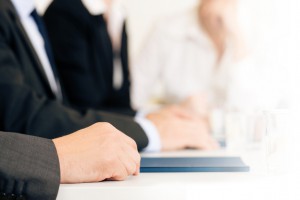