My Name Is Bond, Covered Bond!

The long-awaited amendment of the Act on Bonds has finally come into force. Its aim is to eliminate shortcomings of existing legislation causing legal uncertainty and to establish institutes already common in other countries.

Cover assets are specified by the Act and have to be listed in the register of cover assets. Indisputable advantage of such register is the increased protection of assets on which no pledge be secured, transferred or established. Cover assets together with accessory assets form a covered pool are to be used for the coverage of debts.  Finally, the covered pool and the debts for which it is established (i.e. assets and liabilities thereof) constitute the covered blocks. A covered block shall then be monitored thoroughly by the issuer or by an appointed person, i.e. the monitor. The appointed monitor has the obligation to supervise the issuer in terms of due fulfilment of the issuer’s obligations and compliance with tests imposed by statutory provisions.

In relation to the covered bonds, significant changes have also been brought by a recent amendment of the Insolvency Act. Assuming the bankruptcy of the issuer, the cover pool shall no longer be part of the insolvency estate. An administrator shall be appointed by the Czech National Bank to ensure continuity and legal certainty. The administrator is not limited by the insolvency administrator when performing activities related to the cover pool. Also, provisions regarding the maturity of debts by declaration of bankruptcy shall not be applicable.

What could be considered to be a revolutionary provision affecting not only bonds is to be found at the very end of the amendment. The respective provision states that the concept of a security agent can be applicable even to secure debts not related to bonds. This means that the provisions regarding security agent could apply also to syndicate financing. However, it is still uncertain how and more importantly if the rather conservative practice of banks accepts this new concept for syndicated financing.

As seen above, many changes, improvements and specifications have been recently implemented and it is fair to say that not only those who deal with bonds shall be wary. 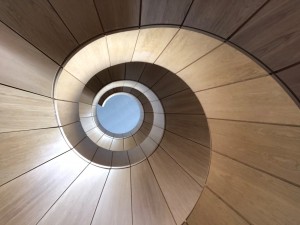