One of the hottest topics in the history of the Czech Republic has been the so called church restitution, i. e. a plan to return the property that churches lost by state confiscation during the communist regime. This discussion should have long been closed by the “Church Restitution Act” that went into effect on 1st January 2013. According to this act, churches and church societies are to be returned their previous property in value of approximately 75 billion crowns. For property that cannot be returned for various reasons, they should be paid financial compensation amounting to 59 billion crowns, payable over the following thirty years. Included in the whole concept is also a gradual separation between state and church that should, by the end, result in churches being totally independent from the state and its money. The related agreements between state and churches have already been concluded and the state has begun to return the property and pay compensation to the churches.

However, the act and the church restitution plan have neither been strongly supported by the majority of politicians nor by the public. Many claimed that the act was unconstitutional, a claim which was denied by the Czech Constitutional Court. So the opponents tried to find another way to reopen the discussion and bring the topic to the political forefront again. The Communist Party came up with the idea of taxing the financial compensation.

As the first cabinet of PM Andrej Babis did not pass a vote of confidence in January 2018, it was necessary to find support for his second minority coalition government created with the Social Democrats. Such support was found in the Communist Party, which presented the topic of taxation of church restitution as one of their key conditions for supporting the government. The cabinet eventually passed a vote of confidence with silent support from the deputies of the Communist Party in July 2018. The Communists thereafter proposed a bill on taxation of the financial compensation and claimed that based on this, the state should be returned over 380 million crowns per year. The bill was passed by the Chamber of Deputies in January 2019 with the argumentation that the original compensation was too generous. According to Andrej Babis, the church restitution is overvalued by 54 billion crowns and therefore needs to be corrected. Nevertheless, no analysis proving this claim has ever been submitted.

On the other hand, opponents from the opposition parties criticize the proposal as retroactive and populistic. Additionally, critics point out it is immoral to tax the compensation for the restitution of property that was previously stolen.

Undoubtedly, the respective decision by the Constitutional Court is one of the most anticipated in many years. The passing of the bill in the Chamber of Deputies is considered the biggest success of the Communist Party after the Velvet Revolution in 1989. Obviously, this topic is not (and will not soon be) over. 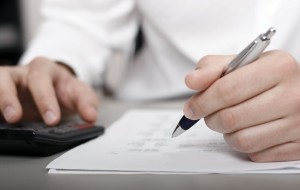