Bitcoin – “Still Invisible to the Law?”

In the last years, Bitcoin and other digital currencies become more and more popular. This raised the attention of regulatory bodies around the globe, which had to adopt
a certain approach to Bitcoin. New payment methods were also discussed at the Group of Seven (G7) meeting in Elmau, Germany, this June. According to the Summit Declaration, the goal is to ensure greater transparency of all financial flows, including through an appropriate regulation of virtual currencies and other new payment methods.

Who is involved in bitcoin transactions in the Czech Republic should closely follow new legislation in connection with payment systems, anti-money laundering etc. The tendency seems to head towards regulation of the (for some controversial) area of virtual/digital currencies. For example, lately there were media reports on the planned novelisation of the Anti-Money Laundering Act (the “AML Act”) in the Czech Republic. It is expected that such novelisation will take into consideration the existence of virtual currencies and will introduce obligations connected to anti-money laundering for these. An initial draft of the respective amendment is already available on the website of the Government of the Czech Republic. It introduces a legal definition of the term “virtual currency“ and a person providing related services. Identification, due diligence and reporting obligations etc. will be made applicable to these persons. Already in 2013, the Financial Analytics Unit of the Ministry of Finance tried to provide ‘obliged entities’ under the AML Act with guidance with respect to digital currencies and a methodical instruction was issued in this respect.

It is obvious that the legislators aim to minimize potential risks connected with digital currencies and try to prohibit misuse of digital currencies for illegal operations. It remains to be seen, how such regulatory approach will affect the popularity of Bitcoin. 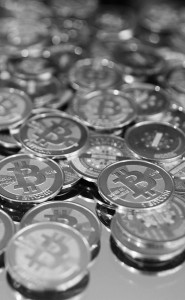