The automatic transfer of employees due to the takeover of activities between two entities is in real life rather complicated. Although there are numerous expert interpretations and decisions by Czech and European courts, employers and especially courts still have to deal with many open questions.

In a recent decision, the Supreme Court explicitly confirmed the transfer of rights and obligations from employment agreements when the supplier of cleaning services changed. An employee, Mrs. K.B., worked for Company A as site manager. As part of its activities, Company A performed cleaning quality checks and provided maintenance and repairs for a bank on the basis of a facility management contract between Company A and the bank. This contract was terminated by the bank and facility management services were now provided to the bank by Company B, based on a similar contract. Company A informed Company B that it had transferred to Company B all relevant employees, including Mrs. K.B., as a result of a mandatory transfer of labor-law relations. Company B claimed that there was no transfer, but concluded new (less favourable) employment contracts with some employees of Company A. Mrs. K.B. appeared at the bank and asked Company B to allocate work to her, Company B refused her request claiming she wasn’t their employee. Mrs. K.B. filed a lawsuit against Company B for wage compensation due to the non-allocation of work.

The Supreme Court declared it necessary to take into account all circumstances of the specific case, including the type of business, the transfer of material values e.g. buildings and movable assets, takeover of employees, takeover of customers, the degree of similarity between activities carried out before and after the transfer and the period of possible interruption of the activity. Further, it considered whether there are activities which require specific equipment, or if the activities are based mainly on the workforce e.g. cleaning services, a babysitting. All these facts should be considered in relation to each other.

The Supreme Court concluded that the transfer of labor-law relations took place when the bank terminated the service contract with the previous supplier and concluded a new contract for the same or similar services with the new supplier. This occurred because the services to be provided mainly depend on the workforce and the new contractor took over a substantial part of the employees. This argumentation is also supported by the CJEU.

On the other hand, it could be deducted from the conclusion of the Supreme Court that if a new employer does not take over a substantial part of the employees (in aspect of their number and professional knowledge), the rights and obligations arising from such labor-law relations would not be transferred. However, such an interpretation would be very restrictive and contrary to the purpose of the preservation of employees rights in the event of a change of the employer. In any case it will be very interesting to see how the respective decision-making practice of the Supreme Court will continue. 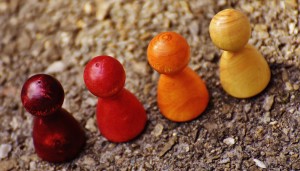